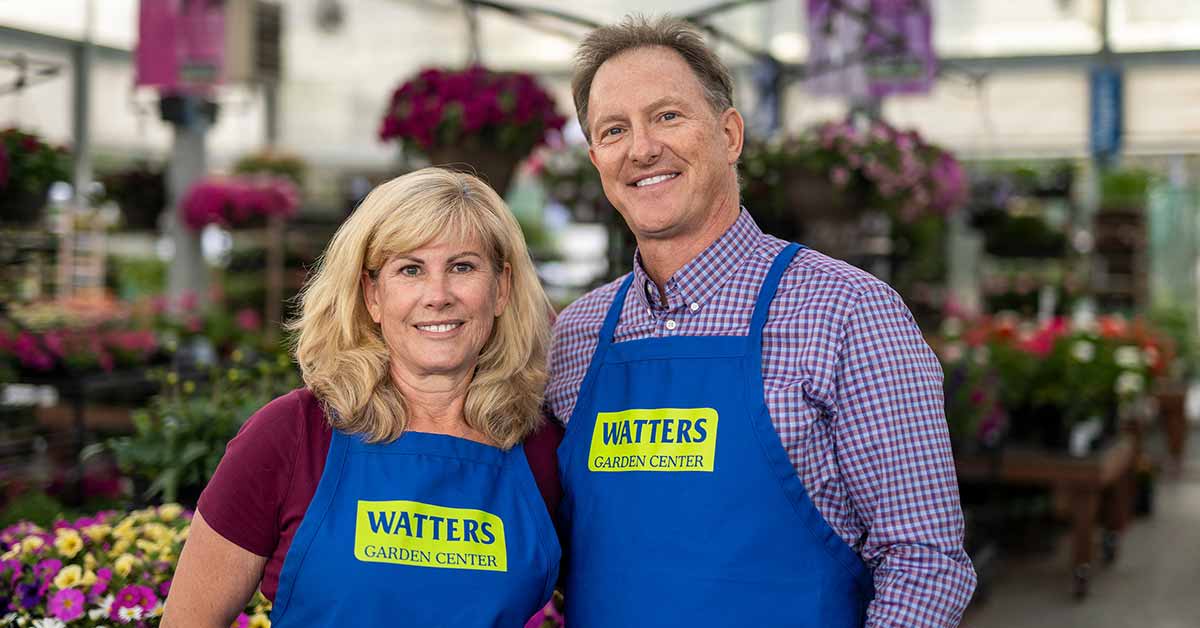 Garden Center Magazine has named Prescott’s Watters Garden Center as the country’s best horticultural garden center to work for in the U.S., following in-depth research into 15,000 employers across the country.
“The husband-and-wife team of Ken Lain and Lisa Watters-Lain have cultivated their brand around fun, positivity, community, and giving back,” the industry publication said. “Both have spent years reaching far beyond the world of gardening to touch the lives of employees, customers, and their community at large.”
Watters Garden Center was founded almost 60 years ago by Harold and Lorna Watters. Their daughter Lisa, current general manager and owner, has been in the family business since she was old enough to hold a hose. Ken, who also grew up in Prescott, has spent decades growing trees, shrubs, flowers, and much more in the highlands of Arizona. Together, their goal is to beautify Yavapai County and bring joy, hope, and positivity to their community. And it all starts with living their core mission.
“So many companies have a mission statement they put together 10 years ago, but nobody knows what the mission is,” Lisa says. “The employees don’t know; the community doesn’t know. At Watters, we make it a point to live out the mission statement. So the things that we support — our staff, our community — we’ve got to live out our mission statement each day.”
“This is what Watters Garden Center is,” Ken says. “We’re not a church. We’re not a nonprofit. We’re not a business. We’re an organization that looks after each other and wants the best for all. I think that’s how you define us, but it’s way beyond business. It’s something deeper as a community.”
Greenhouse and Garden Center magazines sponsor the annual survey by Best Companies Group, which names winners in the garden center and greenhouse categories.